A lot about me.

Lengthy titles aside, first and foremost I’m a total a personal-growth nerd.
Seriously, I can’t get enough of the stuff.

I truly believe that constant growth and alignment is the key to unlock a rich and gorgeous life, and that absolutely everyone should join me on my quest.

I currently live in Newcastle, UK with my delicious partner. We’re proud parents of 9 beautiful houseplants and spend our time yoga-ing, philosophising, and having the occasional cheeky daytime pint or two (hello perks of being self-employed).

I’m a textbook ENFP, and so in my element helping people blossom.

Being a breakthrough coach, I utilise the groundbreaking art and science of NLP to help people release old patterns, internal conflicts and damaging beliefs holding them back in life.

Together, we reframe, and streamline their strength and ability within to develop themselves into the individuals they desire to be.

Yes, you read correctly, I have the best job in the world.

I’m also a practicing yogi and I freelance at several studios the local area, specialising in vinyasa flow and I laave teaching. I thrive on providing a service that acts both as an escape, and as a tool for healing and self exploration.

But, my life wasn't always so fulfilling

Only up until a few years ago, life was really hard.

Much like the weather in Britain, my life was predominately shit. Year-round dark, depressing cloud-filled skies with a rare handful of sunnier days thrown in.

And the thing is, I didn’t have a traumatic upbringing, or live close to the breadline. I’m a very lucky girl who grew up very loved, with an inherited taste for luxurious food and theatre.

Knowing how just how fortunate I was, not only to have everything I ever needed, but more. And yet, despite having all the ingredients readily available to bake an emotionally healthy person, I was very much not that.

As long as I can remember I was crippled with appalling mental health. I was, in short, a depressed, anxiety-riddled self-saboteur.

I seemed to feel everything so much more than anyone around me, and my obsessive need to be loved was not only pushing, but had people actively running away. I had many passions but absolutely no purpose, or motivation to explore anything that I enjoyed.

A series of failed relationships had crushed me, and I found myself broken and alone, and very convinced that any future romantic venture would suffer the same devastating end.

I coped by running away (obviously that wasn’t ever going to work out well).

I’d drank all of my savings away in Thailand and Ibiza (and proceeded to have the corresponding anxiety attacks the morning after).

I was trying to fit in with something or someone, yearning to find a place or a group I belonged to.

I felt as if I ruined everything I put my hand to; almost every friend, every relationship, journey and job ended up as something that didn’t work out. 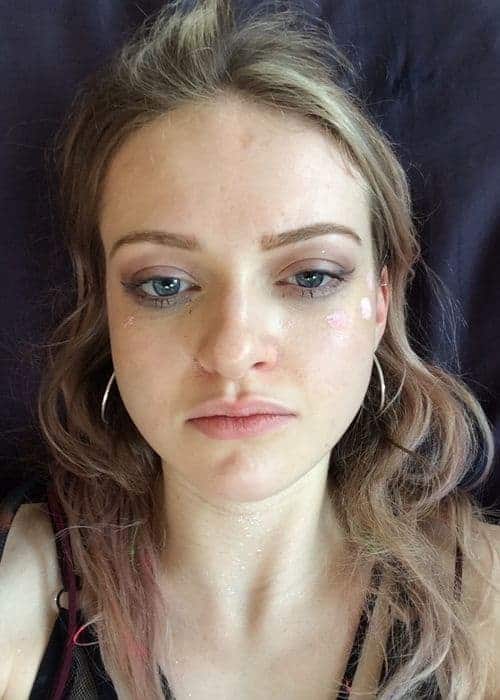 The whole "getting better" thing

I was living in Manchester, working a retail job I despised, broke, and stuck in a quagmire of self-loathing.

I was desperate to live, to experience the world, to find what I loved and have it consume my whole being.

I had absolutely no idea what I wanted to do with my life, I just knew that I didn’t want to live like that anymore. At the same time I couldn’t imagine that life could ever get better.

A friend suggested we go to a hot vinyasa class, and I can honestly guarantee those 60 minutes following that throwaway decision hurled my life onto a totally different track.

I became utterly hooked.  have the power to wholly change how I felt? Magic surely?
I instantly knew it was something that I fundamentally needed, even if I wasn’t yet logically able to understand why. It was one of the most overwhelming intuitive feelings I’ve ever had in my life and bloody hell I’m glad I listened to it!

Yoga taught me so much: how to flow instead of force, to breathe. I slowed down, created space in myself and found clarity and gratitude in abundance.

And then came the introduction between myself and Neuro-Linguistic Programming. That was the game changer.

It felt like someone had given me a instruction manual to the human brain.

A comprehensive, compassionate and completely effective instruction manual to the brain.

I finally found a way to release problems that I’d held on to my whole life. Issues that I’d come to believe were a part of me, were instead something that could surprisingly easily be let go of.

I was able to re-wire my beliefs to create a healthy, positive and powerful person, effortlessly releasing negative internal blueprints that no longer served me.

It completely shifted not just how I felt, but how I thought, behaved, how I experienced and interacted with the world

NLP provided me with a path to become the person that I wanted to be, and I felt change in who I was at an identity level.

My fear of failure, gone. My fear of rejection (that one that had brutally come between me and every attempted relationship), gone. My guilt over having mental health issues when I was otherwise so privileged, gone. My tendency to assume the worst in every circumstance, gone. My need to make people like me, gone with just a little swooosh of an NLP wand. 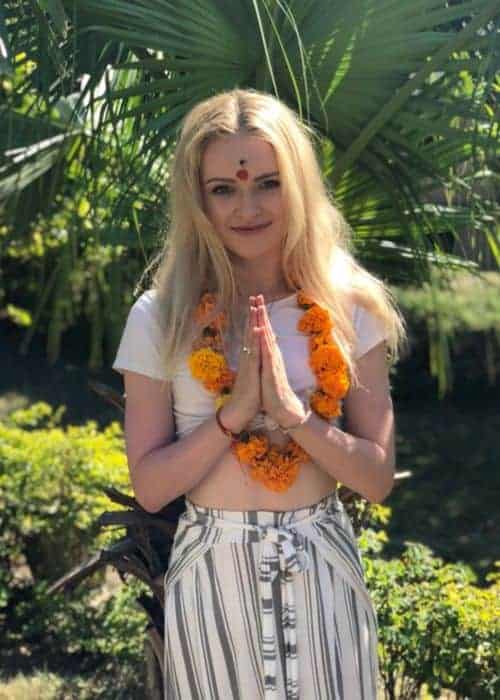 And so it became so obvious what I wanted to do with my life.

If this simple formula of NLP and yoga could take someone like me, someone who (honestly) really really didn’t want to be alive at times, and turn them into a person who really really loves their life, then I desperately wanted to use the same techniques to help others.

And so I chased this dream wholeheartedly.

I qualified with the ABNLP as a Neuro-Linguistic Programming practitioner (twice over). And, travelled to India to complete my 200-hour YA certified yoga teacher training. Now I coach people to life-changing empowerment using these magical fine-tuned methods.

And so I’m living my ever-evolving dream life, and I’m totally in love with it.

I’m by no means perfect, but I embrace imperfection, understanding and accepting who I am.

I’m constantly growing and committed to sharing these practices with the world.

You are an investment. Choosing to optimise yourself is the best commitment you can ever make.

Are you ready to start your journey with me?​

the first call is absolutely free!