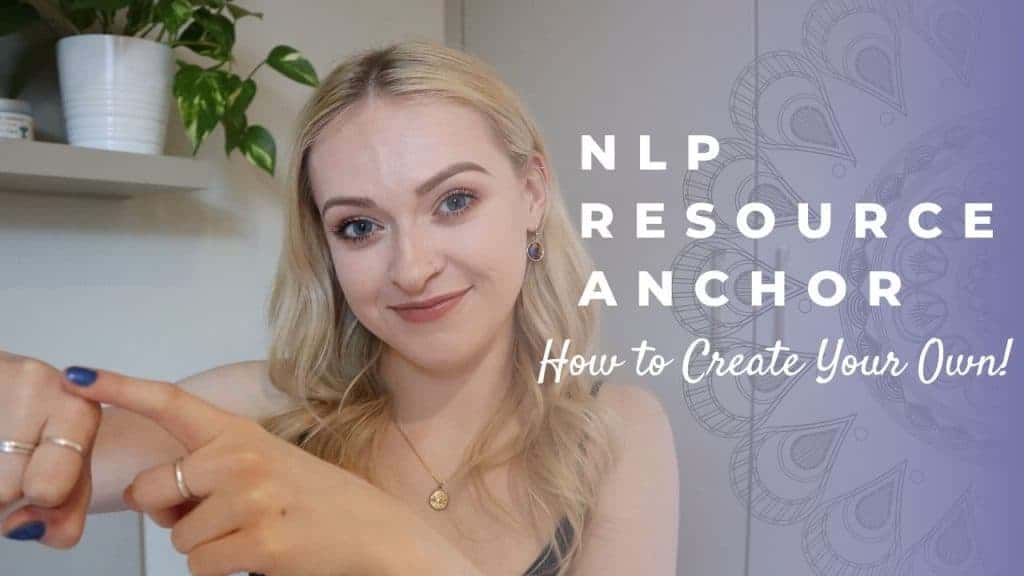 NLP Anchoring – How to Tap into Empowering Emotions on Demand

Ever had a moment where a particular emotion would have been really helpful?

Confidence for a job interview, calmness in times of stress, unconditional love when you’re feeling low?

Anchoring is a way to access those empowering states on demand. A really simple and immensely powerful tool to feel an empowering emotion at will, and today I’m going to explain just what the hell it is and teach you how to do it.

So what is an anchor?

Simply put an anchor is just a neurological link between a stimulus and an internal response (usually a state change or a memory recall, but other responses too). Everyone has anchors, they are naturally occurring, they can even be unconscious, but they can also can be installed deliberately. And that’s where the fun begins.

An example is associating the smell of sun cream with a happy state, the sound of a car horn and the feeling of being anxious or alert, a song that reminds you of something, the thought of that one kind of alcohol that you once almost died drinking and now it makes you feel sick when you think of it.

It’s almost like a reflex, apply a stimulus – get an instant response.

The earliest substantial documentation of anchoring was the notorious Pavlov’s dogs experiments which most of you will have heard of. Pavlov was a physiologist who was studying digestive fluids actually at the start of the 20th century. While conducting really fucking unethical experiments on the function of dog’s salivary glands, he noticed that the dogs would salivate when they saw a lab coat. They associated the sight of a lab coat with food time, and without the food even being present it would trigger their salivary glands to get going in anticipation of the food.

So that’s sort of the basis of anchoring, It’s really important to remember that this is something you’ll already do and have, with NLP we’re just using a natural process intentionally and consciously.

And while we mainly work with touch or spacial anchors in NLP, anchoring can be done with any strong sensory stimulus: sound, images, phrases, scents.

How to Create a Resource Anchor

So today I’m going to teach you how to create a resource anchor – which is kind of like an emotion button. It’s a technique used to allow you to physically feel a specific positive emotion at the touch of a body part. I say body part, that makes it sound like a sex thing, is isn’t lol.

This works by recalling a past intense experience with the desired positive state for example relaxed, and then applying a specific touch stimulus at the peak of that state to link the two neurologically. You’ll then be able to use that stimulus to elicit the desired state.

But with this there are a few things that have to be fairly precise. So we’re going back to school with a super shit acronym – ITURN – the five keys to a fabulous anchor.

First is the intensity. When creating your anchor you need to use a really intense associated emotional state. Like a 7/10 minimum. Ideally you can install the anchor when you’re in the moment, but the next best thing is to recall a past vivid event – something really specific and intense.

In NLP we use a specific state elicitation script – what I recommend you do is take a voice recording of yourself saying it and use that recording to get yourself into the state.

Your anchor has to be unique. Though it would work anywhere on the body, we typically only use a specific touch on the knuckles or if you’re doing it yourself behind the ear or something like that. This is so it’s not accidentally fired off because if it was touched too often the anchor would wear off, or dilute. While it should be unique it’s probably best to make it discreet too. You don’t want to be sat in a meeting touching your nipples to get a hit of energy.

It needs to be repeatable. Anchoring only really works with specifics, so you have to ensure that you can find the stimulus again exactly. Even on a knuckle theres so many different spots you could pick.

Other things to consider before you dive into it:

You need to ensure that spot isn’t already anchored like scar or a regertful tattoo. Body parts can hold trauma and it’s worth noting that the ring finger can also unconsciously carry a lot of emotion.

You also need to make sure it’s an appropriate and safe tool to install. You don’t want to anchor uncontrollable laughter or sleepiness into a spot that could be accidentally triggered, do that in a meeting or at the wheel and you’re fucked.

In the video I ran through the process myself as a demonstration.

I anchored “relaxation” but you could do anything – focused, confident, free, loved, certain, energised, collected yayayayaya. I’m sure you don’t need me to reel off emotions that you want to feel.

I used a touch to the knuckle as my stimulus and I used the state elicitation script to get into a relaxed state and recalled a relaxing memory from a magical time long ago in a land before social distancing. Once I reached that state I provided that specific stimulus at the peak of the emotional experience.

I repeated the process an additional two times. And voila! I can now feel super relaxed at the touch of my knuckle.

I know there’ll be skeptics out there but this is for real and anchoring is insanely effective. Just to give you a little taste as to how far you really can go with this – Derren Brown uses anchoring a ton in his work, it goes without saying that it’s showmanship and not ethical application but he really really pushes the limits of what can be achieved.

He actually used anchoring along with a couple of other tools to manipulate a lovely guy called Jodie into confessing to a murder he hadn’t committed.

He did this by creating a guilt anchor associated with a touch on the shoulder.

Throughout the experiment the crew created loads of scenarios to trigger guilt to create the anchor, and the big guns were pulled out when they created a situation where Jodie thought he’d accidentally called Tim Minchin a cunt, making him feel incredibly guilty.

So by using such a powerful state, they were able to create an anchor so strong, that they then were able to use that touch on the shoulder to incite the guilty confession.

It clearly demonstrates just how powerful anchoring can be.

This is just one of the crazy things he’s done with anchoring. He’s is undeniably fantastic at theatrical NLP.

There is additionally a technique to neutralise negative emotion which is arguably far more influential and impressive really. It’s called collapsing anchors and that shit is phenomenal. So if you are interested in a video on that feel free to let me know.

And that’s about it, let me know what emotion you anchor, and how it positively impacts your life. Or if notice a weird anchor that you already have.

If you are interested to learn more about NLP or working with me directly check out my website, social media, or drop me a message. And thank you so much for reading.